A quick report and some photos from the #space4cycling protest ride earlier tonight. (You can see all the photos here.) 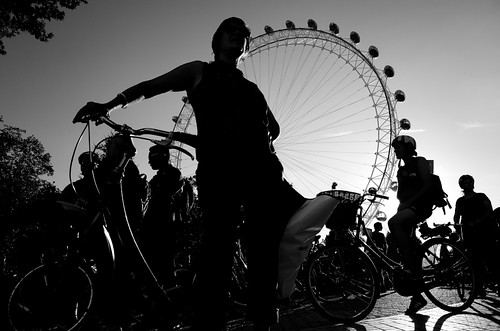 I managed to get into Waterloo for 5.30, leaving half an hour before the official assembly time. Having stupidly left my cowbells at home, I ventured over to Evans on Waterloo Road to try and pick up a bell or a horn. Immediately, I balked somewhat at the road, thick with buses, and this keen cyclist of nearly a quarter of a century chose to walk his bike down the pavement instead. It was an acute reminder of why “space for cycling” is really needed. If I, as a confident and fit and experienced cyclist, don’t want to ride on London’s streets, then how could the majority of people? 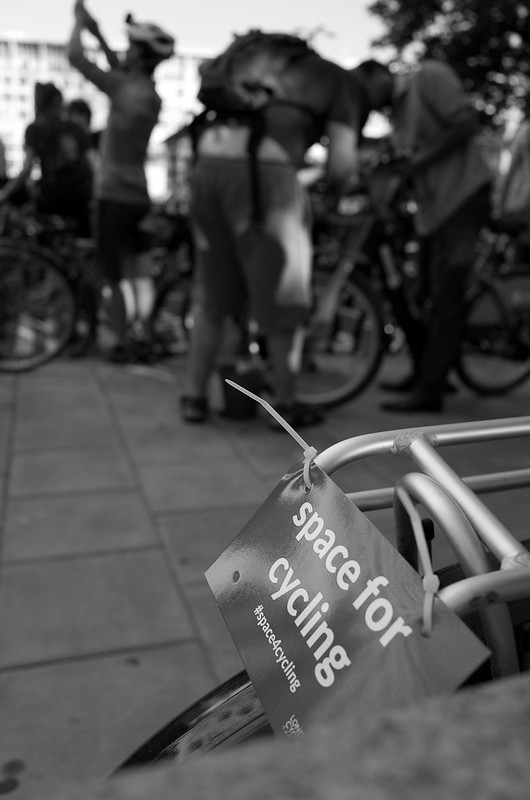 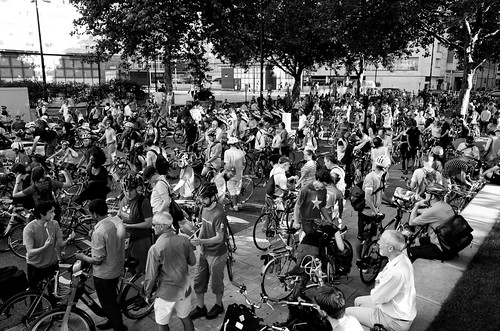 The departure was delayed a little, but no matter. The sky was blue, the sun was warm, and everyone was in a good mood. 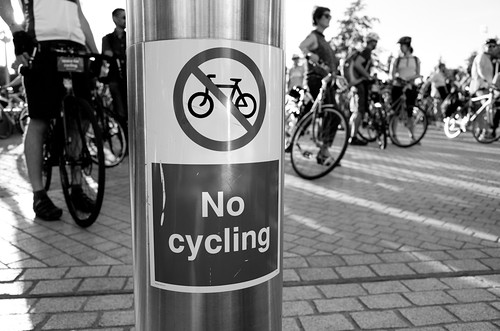 Off we set, the police escorting and guiding us through junctions. It was all very civilised. 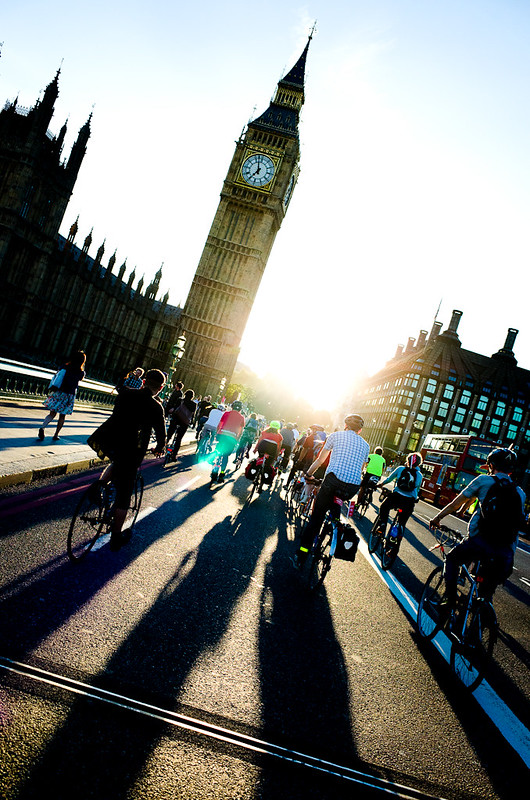 We made our way to Parliament Square, passing the House of Parliament as the #getbritaincycling debate was taking place inside. 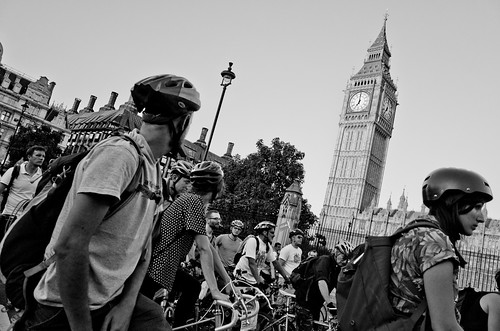 As I passed over Lambeth Bridge, well behind the head of the group, the tail end of the protest ride was still making its way across Westminster Bridge. 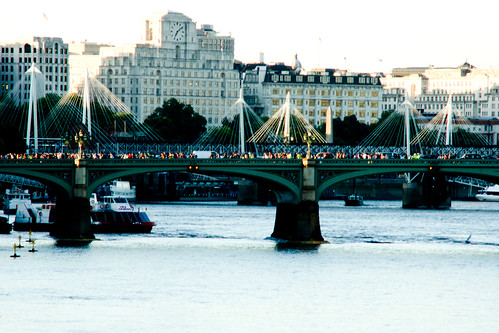 Across one bridge over the Thames, up to the next, and across that, was a thick column of cyclists, three or four abreast. I have no idea how many people there were. Estimates on Twitter seem to be settling at the 8,000 mark. Whatever it was, there were a lot of people on bikes.

We didn’t stop in Parliament Square to make a load of noise. We kept moving. And we all made our way back along the south bank and then split up. 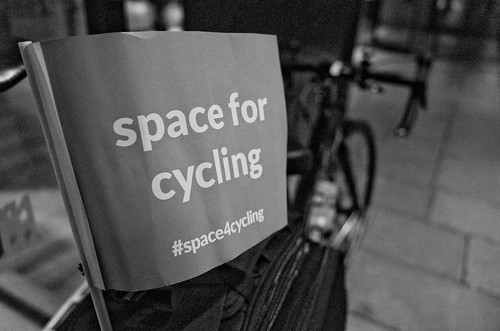 It was a fine ride, a fine protest. Dignified, happy, and well-attended. Everyone smiled, everyone enjoyed the people who rode with loudspeakers blaring music from the bikes (including the people on the open-top buses who danced to it). People cheered and applauded. There was little animosity from the people in cars and vans, the vast majority of whom showed great patience in the face of the disruption – if you were stuck in the traffic then thankyou.

And that’s the point. The ride, the campaign, sought to pull the spotlight onto the deaths in London and onto the alternative ways in which we could arrange our towns and cities to make them healthier, more efficient, friendlier, more prosperous places. We just need to reallocate some space; some space for cycling.

Well done to the London Cycling Campaign for organising and marshalling the ride, to Julian Huppert and other politicians from all parties who brought us to the #getbritaincycling debate, to Kaya Burgess and the other journalists who focused media attention on the issues, to all the bloggers and campaigners who built the foundations for the whole thing to sit upon.

It was a great evening of meeting new friends, old friends and long-lost friends. An evening of exercising freedom, of joining with people, of seeing thousands of people sharing the city and the world and the sun with a purpose and with joy. An evening of finding space, on the road and in our minds, for cycling. 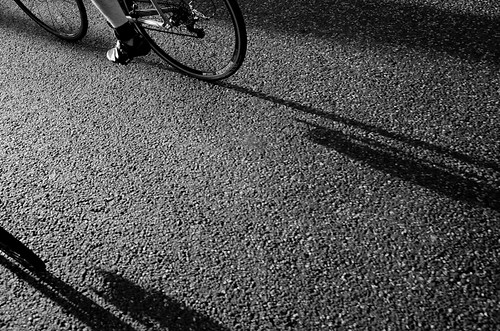 3 thoughts on “Space for Cycling”